What is Ghrelin? By Jet Medical Tourism on November 02, 2020 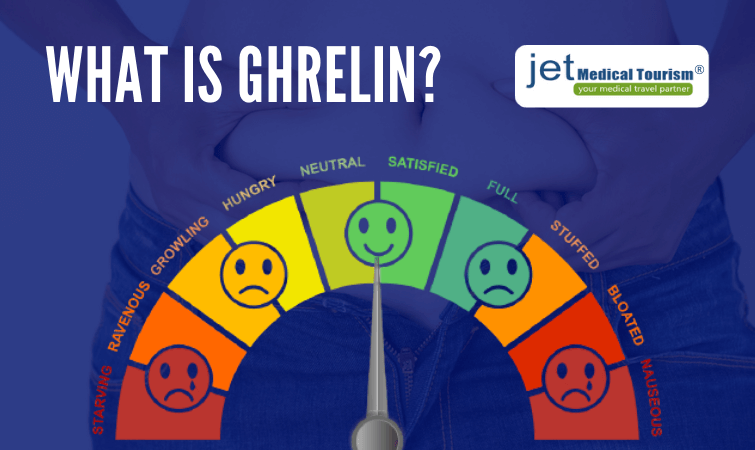 What is ghrelin? Ghrelin is a hormone that controls how hungry people feel. When the sensation of hunger is brought on in the body, this causes a person to feel the urge to eat. The main area of the body where ghrelin is mass-produced is located in the upper lining of the stomach, which medically speaking is called the fundus. Food intake triggers ghrelin. In general, in healthy weight individuals, the higher the ghrelin level, the more hunger sensations that they tend to experience.

What is ghrelin and what is its function?

Ghrelin is an important hormone that works to control a person’s hunger level, which ultimately impacts their metabolism, and leads to weight gain. The human body has hormones that work as messengers to control many natural bodily functions humans themselves do not need to think about performing due to the presence of the autonomic nervous system.

Hormones are released from ductless glands in the body powered by the endocrine system connecting parts of the brain to organs (many found in the digestive system).

The function of ghrelin is mainly to tell a person they are hungry and it is time for them to eat a meal. Studies have shown ghrelin plays a key role in obesity.

In the year 1999, researchers first discovered ghrelin and its role in hunger sensations. Researchers also learned ghrelin plays major roles in energy metabolism that led to more studies to be done gaining a deeper understanding of its function. The research revealed ghrelin has many functions.

Ghrelin is found within a small number of organs of the digestive system that communicate with parts of the brain to carry out several functions. The roles of ghrelin include, but are not limited to:

Even though ghrelin is known for its many bodily roles, the role it is most famous for is in promoting hunger. By thus, the hormone ghrelin works to control the amount of food a person chooses to take in their body, ultimately controlling their metabolism, and promoting weight gain if off-balanced as it is in obese individuals.

Related: Ghrelin vs leptin: Impact of hunger hormones on obesity

Where is ghrelin produced?

The fundus is where ghrelin mainly promotes the feeling of hunger by contracting the upper muscle lining of the stomach. Contractions of the fundus work to send hunger signals to the brain. Brain hunger signals or messages the brain receives from the stomach is what tells a person they are feeling hungry and it is time to eat a meal. The more hunger messages felt by a person, the more that person will want to eat more food. 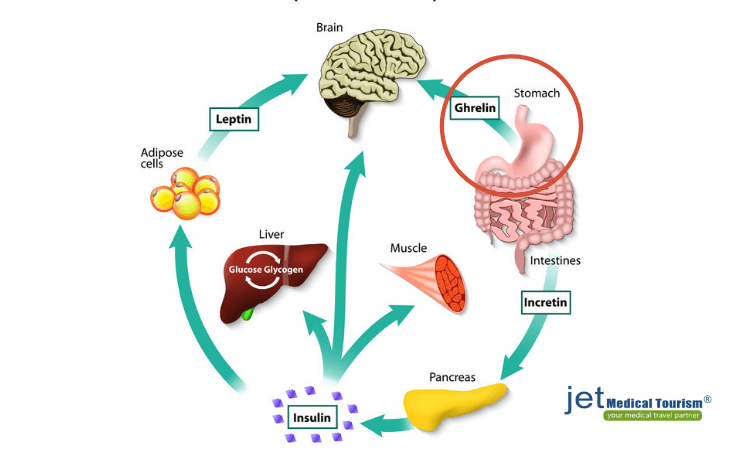 Ghrelin serves as a hunger indicator for the body. Basically telling a person when and when not to eat depending on the state of the ghrelin levels in the body, ghrelin levels are dependent upon the intake of food. In healthy weight individuals, how ghrelin works is when the stomach is empty (before a meal), this triggers the upper lining of the stomach (the fundus) to contract.

How to reduce ghrelin?

The hunger hormone, ghrelin is drastically reduced after weight loss surgery such as gastric sleeve, gastric bypass, etc. The reason that weight loss surgery reduces ghrelin is due to the removal of the large upper portion of the stomach, known as the fundus. The fundus is the upper lining of the stomach and its immediate surrounding areas. This is where the highest ghrelin levels in the body are produced.

Since ghrelin promotes hunger in the body, removing the fundus is essential to removing the majority of a person’s hunger sensations. Removing the stomach’s fundus will cause a person to eat less after weight loss surgery since the person will no longer be overwhelmed by hunger sensations they previously experienced before having done bariatric surgery.

Weight loss surgery occurs when a physician operates on a patient’s stomach to alter the size of it in order to reduce a person’s current weight and to allow the patient to continue to lose weight after the surgery has been completed. Bariatric surgery works to limit the amount of food a person’s stomach is capable of holding, limiting nutrient absorption.

There are several common types of weight loss surgery used worldwide such as:

Gastric bypass surgery reduces ghrelin levels since it cuts out a large portion of the stomach where the majority of ghrelin is produced. This type of weight loss surgery also serves to modify hormone balance, increasing leptin production. Leptin is a hormone that controls how full a person feels after a meal. Since the hormone leptin often combats the hormone ghrelin when controlling hunger, ghrelin levels become reduced with gastric bypass surgery.

Reduced ghrelin levels may work to restore the balance in ghrelin to allow a person after surgery to start experiencing a sense of hunger versus when to stop eating or feeling full. It is a positive benefit that gastric bypass surgery can still allow a person to maintain some ghrelin levels to still be able to feel hunger, while at the same time, reducing those strong hunger sensations by reducing ghrelin levels. 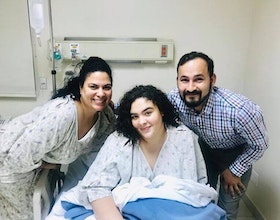